A downloadable Shooting Arena for Windows

Well, you thought you were a good shooter? Let’s see...

Blast frenzied targets before time runs out. Lose health when you fail, win it back with your hit streaks.

More targets, faster movement and less time to complete the level. Are you fast enough to win?

Beat the clock to discover new maps and level up the fun!

Climb to the top of the leaderboard

Compare your best times with players from around the world.

Get your league badge according to your position in the leaderboard. Push yourself to the limit and become Master at shooting.

Aiming with a mouse is over. It’s now time to use your body. The real one.

how do i use thiss on steam/oculus vr

Is this game really free? Why does it have a price on Steam and on the Oculus Store and it's free on itch? Is there any chance to get your account banned on Oculus Quest 2 by sideloading this from Itch?

My guess would be because itch.io has a donation based system which allows for people to pay what they want while Oculus & Steam don't have this option. Also, Steam charges 100$ to publish a game IIRC.

Amazing game. Shooting is fun and satisfying. Various types of targets keep you on your toes.

This game's tutorial has been the first thing that I show to friends as their first VR experience, and they've all loved it! I see it's still "in development"; is there a road map of its next steps available anywhere?

EDIT: I want to report a bug I've noticed: the main menu's target practice seems to have an invisible wall which stops quite a few rounds from hitting the farthest-away targets; bullets aimed at them tend to form a bullet hole in mid-air that's even closer to the player than the closest targets are.

EDIT #2: Now the tutorial got stuck… after taking down the first four targets, it never popped up the aiming explanation on the left, and froze forever there (with the shooting range still fully interactive for your gun and vision, but with no way to exit). I'm not sure of what happened. This was shortly after I finished one or two Viking levels for the first time. Help!

Terrific start. Very engaging and fun. Nice voice work. Suggestion. Allow users to invite and create friends groups and leaderboards. Seeing the leaderboard filled with unattainable scores is off-putting. Allow users to only see themselves in relation to other friends or other players who are at their level.

This file does not have an app associated with it for performing this action.

Yes, you can use SideQuest :) 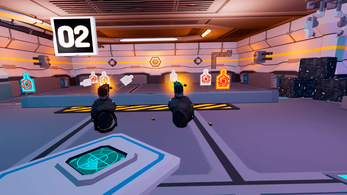 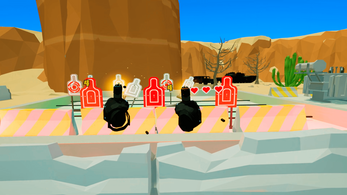 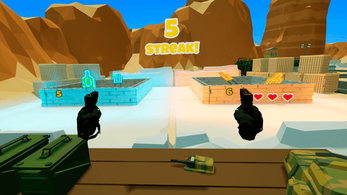 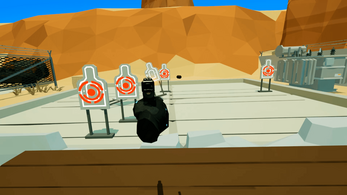 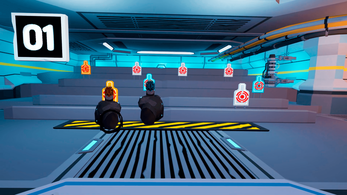 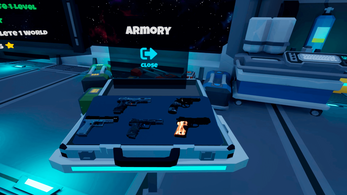